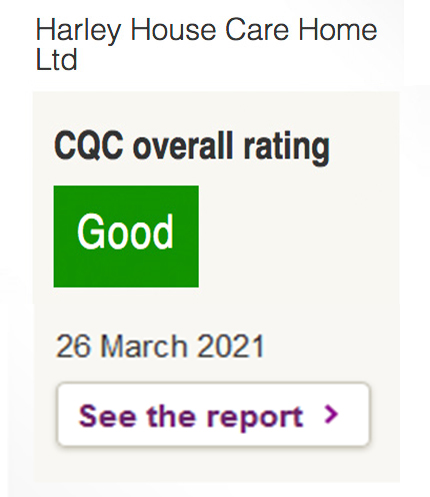 We celebrated two residents turning 100 in the month of March 2022. It is such a rare and special occasion and we deceided to celebrate as it should be. Below are some photos and some information about the residents Peggy and Aileen.

Margaret Brown known as Peggy celebrated being 100 on the 28th March 2022.

Peggy’s family is very important to her. She was married to Edward on the 23rd March 1946.  Edward passed away in 2011. They were married for 65 years. They went on to have two children.

She worked in TW Kempton hosiery in her early years and later as a school dinner assistant.

She has been at Harley House since January 2017. She has a good sense of human and doesn’t hesitate to speak her mind. She likes to join with some activities such as arts and crafts, exercises.  She is referred to as queen Peggy. 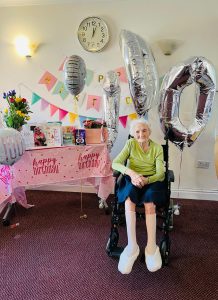 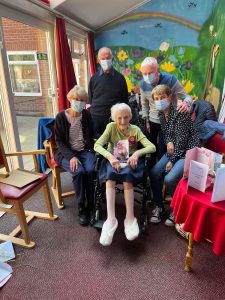 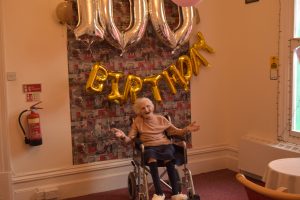 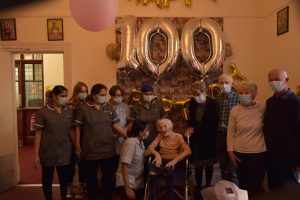 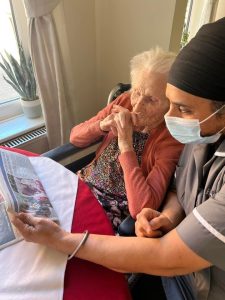 Aileen worked at County Hall as a personal secretary from the age of 16 until she retired.

She was married to her husband until he passed away until the age of 58. She has no children.

Aileen likes to talk about her past holidays, she enjoyed going to Cromer and Paris.

Although she has not been at Harley House long, she has certainly made an impression with the staff and other residents with her sense of humor and her one liner’s. She likes to talk about her pets Rudy and Smokey.  Aileen used to play bowls previously. 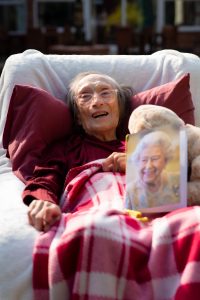 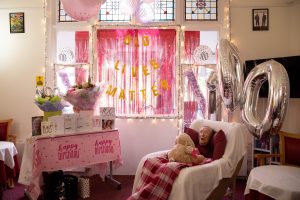 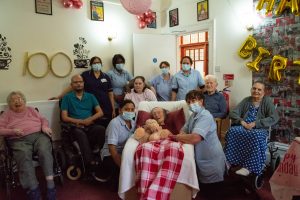 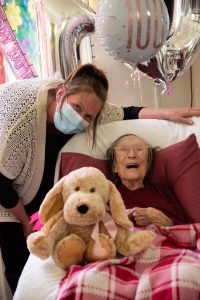 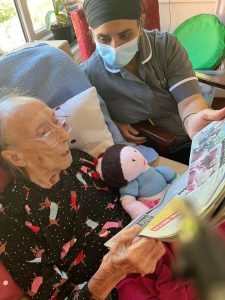